Although Samsø is not on the list of famous artists’ colonies such as Bornholm and Skagen, the island has over time attracted several artists and inspired their work.

A few of the country’s famous artists have even spent some of their childhood on the island. C.F. Sørensen (1818-1879) was born in Besser, and became one of the most prominent maritime painters of the Danish Golden Age. A later cultural personality, Knud Viktor (1924-2013) grew up in Pillemark and later moved to the South of France, where he became a pioneer in field recording and acoustic ecology.

The Golden Age painter in the rectory
The painter Martinus Rørbye (1803-1848) was one of the central figures of the Danish Golden Age in the first half of the 19th century. The travel-loving Rørbye visited Samsø several times. His brother-in-law was the Reverend Fasting in Besser and during the visits to Samsø the Rørbye family stayed in Besser parsonage.

Besser and the surrounding area provided Rørbye with his inspiration. Several sketches, watercolours and oil paintings are known from his visit in 1847, including of the harvest as well as of the Samsø landscape – very much in keeping with the national romantic slant towards homely and Danish subject matter.

Wedding on Samsø
Another of the prominent painters of the Golden Age was Jørgen Roed (1808-1888), who in 1837 became engaged to Emilie Kruse, whose brother, August Kruse, was the estate manager on Samsø. After four years of study in Italy, Roed returned to Denmark and in 1842, the wedding could finally take place.

The ceremony was held in Tranebjerg Church, while the wedding party took place at Ørnslund near Brattingsborg.

Despite being busy as a professor at the Royal Danish Academy of Fine Arts, Roed regularly visited Samsø. During his visits he made several paintings, i.a. of the stone dolmen ‘Knøsen’ and of the Kruse family.

Samsø’s first tourist
Holger Drachmann (1846-1908) is best known as a poet but started his artistic career as a painter. In the summer of 1879 Drachmann went on honeymoon with his young bride, Emmy. The original honeymoon destination of Iceland was changed into a trip to Jutland and when the ferry to Aarhus docked at Samsø, the couple decided to get off here.

During the weeks in which the couple stayed on Samsø, Drachmann made a series of sketches and according to Emmy Drachmann’s memoir, he ”never went out without his sketchbook.” The sketches show in particular the harbour, the sea and the beach at Ballen, but Drachmann also visited ‘Knøsen’.

In addition to painting and poetry, Drachmann was also a journalist and he wrote enthusiastically to his Copenhagen readership of the island’s bliss. And with that, tourism on Samsø was born!

Croquet in the judge’s garden
Six years after Drachmann’s stay, the young and as yet unknown painter and sculptor J.F. Willumsen (1863-1958) visited Justice Niels Øllgaard Kampmann in his house in Tranebjerg. Both Kampmann and the other islanders doubted Willumsen’s abilities as a painter and the author Henrik Pontoppidan (1857-1943), who was also a guest in the house, later wrote in his memoirs Arv og Gæld that Willumsen ”was not particularly diligent with the work but prefered to sit on a bench in the garden staring into space or playing croquet with the children.”

Despite the lack of faith in Willumsen’s abilities and diligence, he was engaged to portray Kampmann’s children and produced several paintings during his stay on the island. Later, around 1900, he became one of the pioneers behind the modern breakthrough in Danish visual arts.

Sketches for ’De Danskes Øer
In 1922 the Funen painter Johannes Larsen (1867-1961) and the author Achton Friis (1871-1939) were busy with the preliminary studies for their joint three-volume work De Danskes Øer. Larsen made a large number of sketches around Samsø, including the bell tower in Nordby, the windmill Stubmøllen in Brundby and the dolmen Knøsen. The drawings served as illustrations for Friis’ descriptions of Samsø in the three volumes which were published in 1926-28.

Money was tight in the small artist colony, so some of the works were offered in exchange for groceries or meat and Therkildsen recounts many years later in the series Folk Fortæller [People Tell Stories] how the artists ”stole” fruit and berries in the hills of Nordby.

The artists also visited the island of Kyholm, from where Therkildsen recounts: “The island was uninhabited, but there were hundreds of sheep over there […] We bathed and we dived from some large rocks. Suddenly a pack of ”savages” came careering down towards us. It was Asger and the other men. Their naked bodies had been adorned with seaweed and leaves. They looked adorable.”

Five years later, three of the five artists – Jorn, Nash and Bille – became members of the COBRA movement, which had great international significance in the development of art.

Immersive retreats
Samsø continues to attract artists who use the island for inspiration and immersion. Various initiatives such as the association KUNSTØ and the artist collective TERRAFORM create artist residencies and exhibitions and the island offers several retreats, including in Mårup harbour, where the composers’ association DJBFA offers residencies, in Dansebjerg, where countless albums have been recorded and in Stakladen in Besser, which forms the framework for both exhibitions and songwriting. 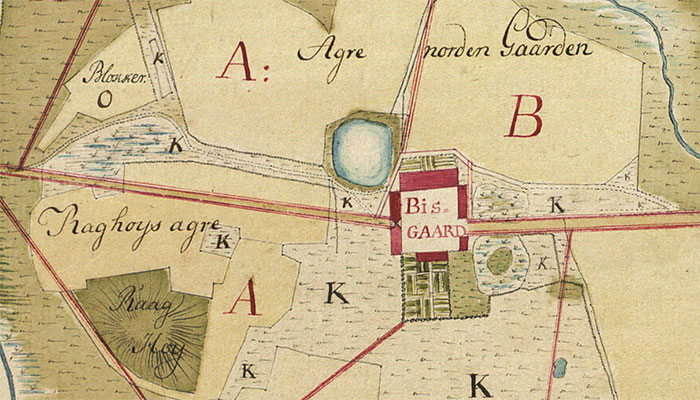 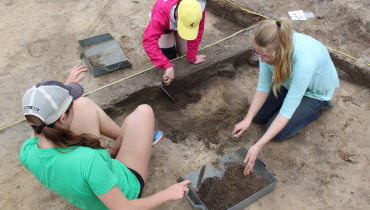 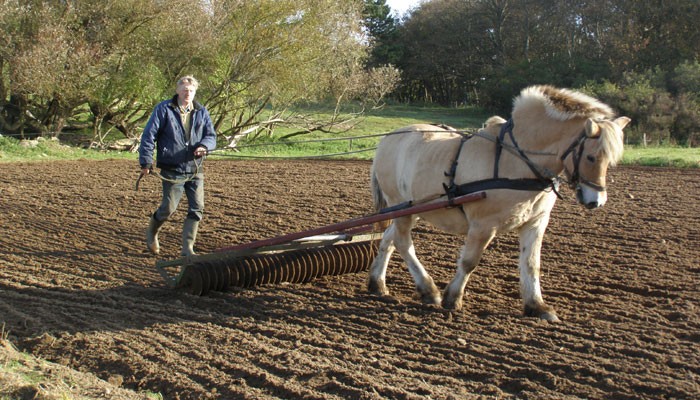 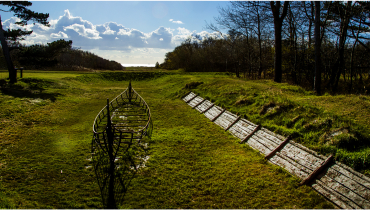 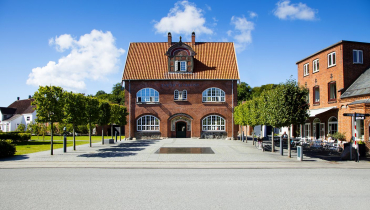