“Looks like the home of a mad scientist! Like an Austro-Hungarian villain with a big scar across his face – straight out of a James Bond film.” That was what Poul Krebs and his wife, Ulla Krebs Bille said to each other the first time they drove past Dansebjerg.

Ulla and Poul moved to Samsø in the mid ‘90s and each time they passed the imposing hill, just south of Brundby, they felt drawn to it. Drawn by the mystique and history emanating from the place and by the opportunity to establish a creative environment with room for music and big ideas.

To the sound of home
Just prior to that, Poul had been to visit the legendary music producer Daniel Lanois in New Orleans and seen how they recorded music in completely different settings than back home. “In the ‘90s recording studios were being updated in earnest and professionalised here in Denmark. Lots of gear, digital audio, etc. In that process we lost much of the soul and authenticity which we’d previously had. In New Orleans Daniel Lanois, with his Kingsway studio, created an atmospheric setting where musicians could record in living rooms and the kitchen around the clock and flake out in the rooms on the first floor. That trip inspired me to create a place where we could take the music from the tech- packed studios and back into a soulful, creative universe,” recalls Poul.

Then one day there was a small notice in the local newspaper Samsø Posten: “Dansebjerg is up for sale. Only serious inquiries!” Poul immediately called and asked if a pop musician such as he might be considered as a serious enquirer. “It was in November that Ulla and I saw the place inside for the first time. As we came out onto the large terrace and looked out over the countryside, our gaze was fixed by a truly Edward Hopper-like motif. On the muddy field down from the hill stood an old grey Massey Ferguson. Leading away from the tractor was a set of footprints speaking its own language – ‘I’ll be back when spring arrives’.”

On screen and disc
The following spring they were back. The farmer, who had had to leave his tractor in the autumn mud and Ulla and Poul, who could now call Dansebjerg their own. “Already on the first day there we started unloading equipment. We installed a large mixing desk in the dining room and the next day we started completing the album Damned Gorgeous Girl.”

The rumour of Kreb’s place on Samsø spread within the industry and during the following decade much was recorded, filmed, written and composed with great dedication in the beautiful house. “Broadly speaking, there are Dansebjerg recordings on at least 100 different albums” Poul says, mentioning names like Nephew, Veto, Dúné, The Minds of 99, Sys Bjerre, Peter Sommer, Michael Falch and of course, Poul Krebs himself.

Many people will also remember Dansebjerg as the place where the big TV show ‘Top of the Pops’ was filmed a few years ago. “We have also done some radio, including Danish Radio’s ‘Career Cannon’, which was kick-started here in the living room. In 2005 we developed and recorded the major project Postcards from Life, in which songwriters and musicians such as Povl Dissing, Michael Falch, Søs

A taste of magic
Alongside musicians and writers the house is also used by businesses because, as Poul says, “It takes a solid economy to operate and maintain such a large, old house. And at the same time we also wished to take in projects that did not necessarily have their own funding.”

All from the likes of Irma (supermarket chain) to various banks to eyewear companies use the house for seminars, company parties, meetings and development courses. And even more so today than 20 years ago.

“As Ulla and I spent less and less time on the island and as recording equipment became more mobile, the use of Dansebjerg changed a little in nature. Many musicians still come but there are several gaps available for, among other things, businesses, groups and families. We recently modernised and created new rooms, which means there is now space for 24 overnight guests. The house offers many opportunities to be together – in living rooms, the large country kitchen, the lounge with the fireplace and outside. And then there is Dansetten which is suitable for a great party,” explains Poul.

Come, let’s dance
Dansetten, the dance studio to which Poul refers, is a charming wooden barracks sitting alongside the main house. “Dansetten, that is, the building, originates from Tivoli in Copenhagen, where from 1948- 1967 it was a popular dance venue. When it closed it was sold to Dansebjerg which was then owned by the The Scout Movement. The barracks was used as a dormitory for the scouts – of course divided into a boys and a girls section,” Ulla explains.

Once Ulla and Poul took over the place and after a major renovation, they brought dancing back to the historic building. Ulla, who is a choreographer and dance teacher, created ‘Samsø Dance Theatre’ in 1996 which, over the following years produced two annual children’s / youth shows with local children and artists from the mainland. “We created, among other things, a large production in Sælvig bay with a scenography built of large straw bales. 80 children and young people performed and more than 1,200 children watched,” recalls Ulla.

The local support is something Ulla will never forget: “A great many parents involved themselves and everything was possible. It’s so touching to create something over here. As we embarked on establishing Brundby Rock Hotel, people were ready with diggers from the very first day and asked, as if it were the most natural thing in the world, “What can we help you with?”! This simply does not happen in big cities.”

A few years ago, the circle of owners expanded to include friends of Ulla and Poul and they have, after a couple of years when Dansebjerg had been run by a local restaurateur, now taken it back into their own hands. “The plan is to fill Dansebjerg yet again with more music and dance. I have several dance workshops on the drawing board and there are also some new music initiatives in the pipeline,” reveals Ulla. 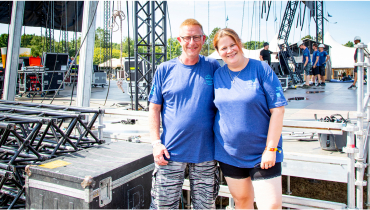 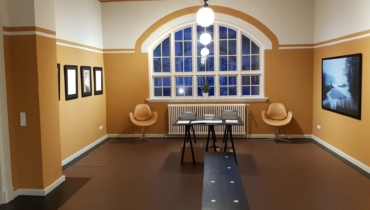 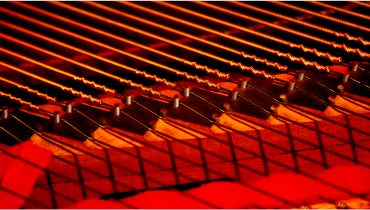 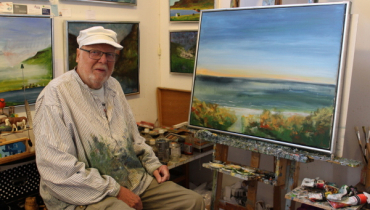