Between Onsbjerg and Tanderup lies Dyret, which rises 51 meters above the ground level and thus the highest point of the southern part of Samsø. From there you have a fabulous view. In pagan times, people called Dyret – the Mountain of Odin, which has given name to the village of Onsbjerg. As it was taboo to mention Odin by name the locals decided to name it Dyret. During the Second World War, the Germans had an observation post on the hill. Dyret has also been a gathering point for local meetings. You find access to the hill from the roads on both the east and west side 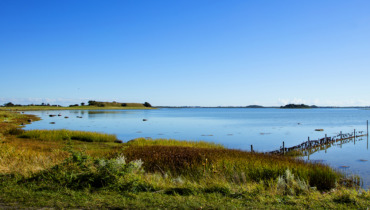 The unique Stauns Fjord is formed by Besser Rev, which closes the fjord to the east. With just over… 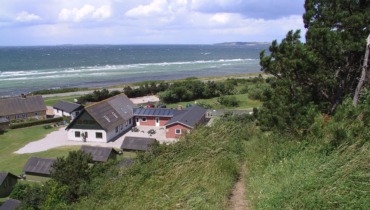 A few kilometres northeast of Besser you find a 5 km long overseas reef, bounding Stauns Fjord and a…

The canal of Kanhave is the narrowest point on Samsø and was constructed by Vikings in year 726. For…

Stavns Fjord is not like other fjord landscapes, mainly because it is round, and its numerous islets…

The watchtower is located east of the village of Besser and is built on top of an old mill. The orig…