The Samsø’s Best Open-Faced Potato Sandwich 2017 competition has just finished. Again this year, it was tense to the very last minute when eleven Samsø restaurants were competing for the favour of the judges.  When they had tasted everything and the panel had cast their vote, it was clear that Restaurant SAK, for the second successive year, had taken the trophy, the diploma, and honour as the maker of Samsø’s best open-faced potato sandwich.

Boiled Samsø potatoes, dried Samsø potatoes, Danish lobster, mussels, onions, smoked pork, and herbs from the island were the ingredients required to convince the judges that this year’s first prize should go to the chefs Peter Emil Hede Madsen and Isa Jacob from Retstaurant SAK.

This sandwich was in keen competition with other delicious sandwiches from a number of island restaurants. Contrary to other local chef competitions that often have participants from all over the country or even from abroad, Samsø’s Best Open-faced Sandwich is solely for restaurants on Samsø, of which there are 35.

The atmosphere in Samsø Hallen was second to none when VisitSamsø, Samsø Restauratørforening (Samsø’s Association of Restaurant Owners) and Samsø Fødevarenetværk (Samsø Foodstuffs Network) opened the doors for Samsø’s Best Open-faced Sandwich 2017. More than 650 guests took part in the festivities and many imaginative open-faced sandwiches were composed from the large self-service table abound in new potatoes, herring, rye bread baked from local flour, and fresh herbs.

During the day, the eight judges tasted eleven very different potato sandwiches and judged them by composition, taste, general impression, and newsworthiness. After having inspected, smelled, tasted and evaluated the different servings, the winning choice fell on the potato sandwich from Restaurant SAK. Incidentally, the same restaurant won the competition in 2014 and 2016.

This year, Restaurant Strandlyst came in second and Restaurant Skipperly came in third. As a new competition feature, the audience could for their favourite sandwich this year, choosing the restaurant Ilse Made. 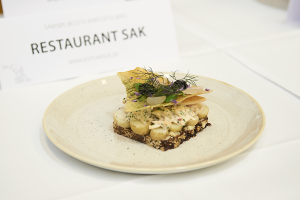 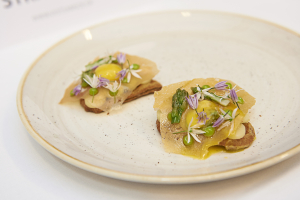 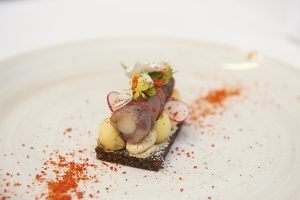 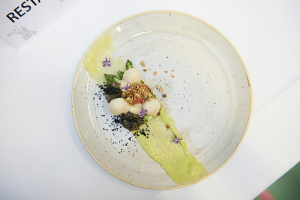 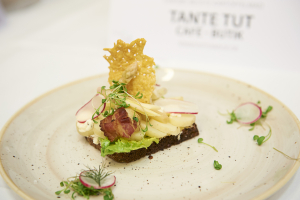 Ilse Made
Read more about Ilse Made 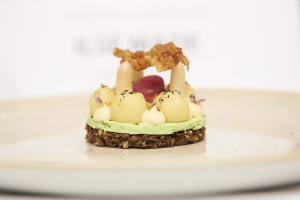 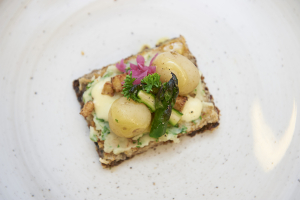 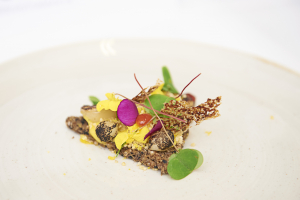 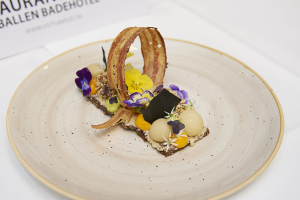 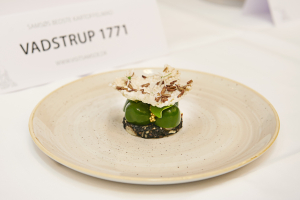 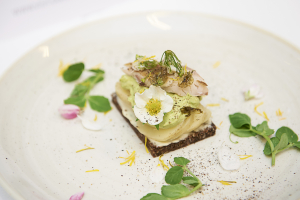 Practical information
Samsø’s Best Open-faced Potato Sandwich 2017 was held in Samsø Hallen on Thursday 25th of May. The competition is organised by VisitSamsø in collaboration with Samsø Restauratørforening and Samsø Fødevarenetværk, an association of Samsø foodstuff producers, restaurant owners, and growers.

Next year, Samsø’s Best Open-faced Potato Sandwich is being held on Saturday 26th of May.

Other in same area

Don’t expect either lions or zebras on this safari trip, but lots of good stories and spectacular ex…

For more than 30 years Michael Lindebjerg has produced TV. As a producer, as visual manager, and as …

Since the association Økologisk Samsø (Organic Samsø) came into existence five years ago, a lot has …

All over Denmark, Samsø is known for its potatoes, but the island’s larder contains a lot more than …