From small farming to large-scale supplier

Two brothers took the chance when it presented itself, and today Brdr. Kjeldahl is the island’s largest producer of vegetables.

Whatever ferry you take, you can almost be sure to meet trucks, where ‘Samsø’ is written with giant types on the side. The trucks are just a small part of one of the island’s largest companies, the Brdr. Kjeldahl. And what started as a normal small farm is now a major supplier of samske vegetables for Dansk Supermarked with over 60 permanent employees and up to 25 seasonal helpers.

Jens and Søren Peter Kjeldahl together owns Brdr. Kjeldahl, who grow all sorts of vegetables – from asparagus to Halloween pumpkins and of course the famous Samsø potatoes. But in addition, they also have a large packing central, a considerable transport business, construction department, and well, they also handle the island’s fire brigade, roadside assistance and ambulance transport.

A few years after the brothers started their farm, they achieved a huge supply contract with the Danish supermarket chain Netto, and suddenly they should grow a much larger quantity of vegetables, which also had to be packed and transported. Within a few years Brdr. Kjeldahl became a large production company.

“We have not only held on to one thing, but have scattered us in the directions where there has been the opportunity to create work and activity, and where we could take over a part of the value chain, such as packing or transportation,” says Søren Peter Kjeldahl who is in charge of the daily management of packing and transport at the brothers’ production facility in Nordby.

“The partnership with Netto and Dansk Supermarket was started in 1993. In particular, Netto has been a good ambassador for Brdr. Kjeldahl and Samsø, but such cooperation commits both sides of the table, “says Søren Peter Kjeldahl.

“With so a large business, a lot of the day goes with accounting and statistics and the colour of the numbers at the bottom line. All the vegetables becomes numbers in an excel sheet, “says Jens Kjeldahl. He is not only a businessman but also proud farmer:

“The greatest satisfaction is to see a beautiful field in the morning sun, the dew beads on the plants. And to know that we have satisfied customers in the stores, “he says, adding:” Also when we have visits from agricultural schools. If we can inspire the next generation of farmers, so it has been a good day. 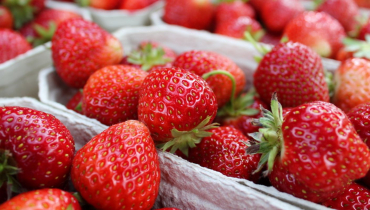